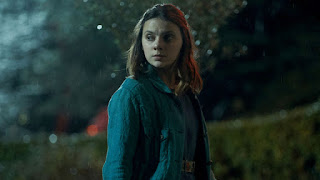 His Dark Materials took us on an interesting path in the first episode of this week’s narrative with The Scholar, that showed we didn’t quite have every character in place just yet for what was to come next. Mary Malone is being directed by the Angels, driven in a search of her own quest.

Mary’s communications with the Angels are no longer, and they are instead left for the whims of fate. Instead, she too has to leave Earth, thinking a bit further afield than a simple holiday cottage in Devon to recover from the demands of Academia. Her quest takes her through the portal opened by Lord Boreal, under the guise of pretending to be Mrs. Coulter, and now she too, is guided by a mysterious force that seems to be pulling all the strings behind the scenes. I love how good Simone Kirby is once again here, she makes her whole arc completely believable, and her arc is only headed in more unexpected ways as the show progresses. 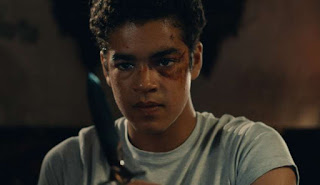 Back in Cittàgazze, Will is growing more confident with the Subtle Knife but he is burdened by guilt because he doesn’t believe he’s worthy for it. I like that they’re keeping Angelica more involved in this show, and that scene where Will and Lyra stumbled across the boy who lost the knife and his fate was mortifying for them, showing the devastating loss that comes with the Spectres. And of course, it comes at a cost to any bearer, with Will opening doorways and becoming slowly more proficient with them as he progresses. Eventually they get a window into Lord Boreal’s home after a series of trial-and-error attempts being careful to close the doorways behind them, and plan a heist that literally breaks through reality itself.

But there’s an anomaly that they didn’t prepare for inside Lord Boreal’s home, and that is Mrs. Coulter. Having been brought through Cittàgazze to Earth by Lord Boreal she instantly becomes drawn to the freedoms that Will’s world presents, and feels cheated out of a life there: removed from the restrictions of the Magisterium and Academia she could have become a Doctor in this world, and could have easily taken charge with little difficulty. Ruth Wilson and Ariyon Bakare are both terrific in these sequences as they play off against each other brilliantly, with Lord Boreal revealing his interest for Mrs. Coulter. Mrs. Coulter rejects him, not wanting to be viewed as one of Lord Boreal’s possessions: she views his desire to collect valuable objects as a waste of time spent on Earth, and has greater ambitions, dismissing Boreal as arrogant for believing that he was the first person to travel between worlds. 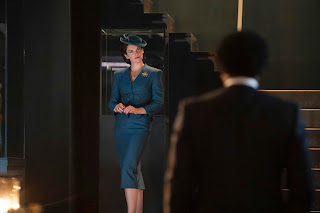 Lyra’s look of horrifying despair when she saw Mrs. Coulter was an instant reminder as to all the evil she’d done and how it came crushing back down around both characters, their history making it impossible for Lyra to like her mother no matter how much she wants to believe her. One thing that I did love here was Will not being ready for Mrs. Coulter and his reaction to meeting her: he’s one of the few characters who hasn’t yet come into contact with Mrs. Coulter (even Mary Malone met her this episode), and their scenes together were fun. Ultimately not even the two adults could stop Lyra and Will, who were able to escape back into their world with the Knife and the Alethiometer, but not without as fair bit of tension and high-stakes that kept me on edge at every turn.

Hi
I love how this show continues to deal with the themes such as religion and science and explores the differences between the two, and how brilliantly it’s been able to define characters this season. The Magisterium are still acting in reactive mode, knowing that the Witches have gone through Asriel’s beam of light, but rather than get ahead of the game, loyal advisors are dispatched for daring to offer new ideas. Their war against the Witches isn’t going well back on Lyra’s homeworld, and they are getting more and more desperate by the hour with their power slowly slipping away from them. But it looks like there may be a greater enemy than the Magisterium behind the scenes: one that nobody is ready for. 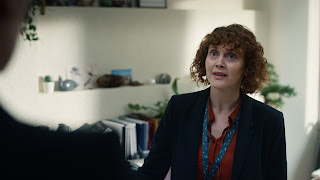 I was really impressed by the breath of fresh air that came with a new writer this episode, Jack Thorne is good, don’t get me wrong, but Francesca Gardiner brought some fresh new energy to The Scholar and it paid off with one of the best episodes of the show thus to date. I’m really looking forward to seeing how the series builds on this with just two episodes left to go: at the rate we’re going, it feels like His Dark Materials is going to be over before it truly begins. It’s been an utter joy to spend time in this multiverse each episode.