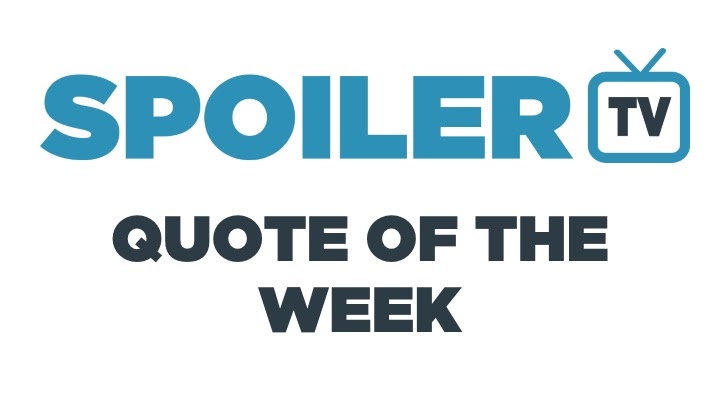 A weekly feature highlighting the best quotes on TV as picked by the Spoiler TV team. We’d love to hear your picks too so please sound off in the comments below. 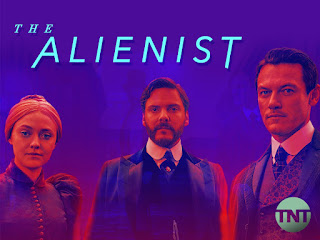 The Alienist – 1. John: “How did you persuade them to let you down here?” Sara: “I didn’t ask.”
2. Laszlo: “‘Tis now the very witching time of night, when churchyards yawn and Hell itself breathes out contagion to this world.” Sara: “Are you intoxicated Laslzo? Is he, John?” Laszlo: “Lingonberry schnapps, and perhaps one or two glasses of champagne.” John: “Or three.”
3. Laszlo: “John Schuyler Moore is getting married. I had prepared notes, whimsical thoughts on the nature of love. Practical counsel in what it means to be united in body and soul with another being. All that I had wanted to say, but now I realize I cannot offer you any of these thoughts as I’m somewhat tipsy. And it seems I have left my notes in our previous establishment. John… It is my great privilege to be your friend. And as Voltaire said, “Virtuous men alone possess friends.” You are indeed a virtuous man, a free spirit, restless soul, blessed with kindness, bravery, and passion. You are sometimes reckless, certainly careless, and occasionally hopeless. But… It is my sincerest hope, wish, that Violet sees you as we do, cares for you like we do, will know you as we have known you, and will love you like we do. Should she dare. To John.”
4. Byrnes: “Maybe your mother didn’t teach you manners growing up, Moncton, so I’ll forgive you for that. I don’t expect you to like me, but what I do require is some respect, and a modicum of civility.
5. Sara – She’s unkind to you, in public no less. Which is not right for you, John. Don’t you see? You deserve someone who is adventurous and curious and…” John: “Someone like you?” Sara: “Yes. Someone like me. But not me.”
6. Laszlo: “It’s more than somewhat depressing. Such a wanton extravagance fills me with melancholia. It’s like Versailles. So far I’ve counted three Louis XIV and at least four Marie Antoinettes. What was it she said to her starving subjects? ‘If you don’t have bread, let them eat cake.'” Karen – I think what she actually said was, ‘Qu’ils mangent de la brioche’, which is ‘let them eat brioche’. Although of course brioche is a pastry of sorts and at the time probably meant cake.” (Folie-lex) 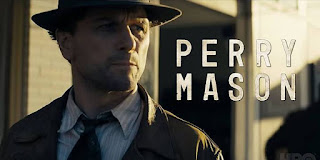 Perry Mason – 1. Paul: “I wanted to tell them, Mason. I wanted to tell them everything when you asked me.” Perry: “Well, I shouldn’t have asked you. I gave you my word.” Paul: “But you kept your word.” Perry: “Yes, I did.” Paul: “I almost wanted you to force my hand, so that I could… so that I could blame you.”
2. Paul: “You know there’s not one black officer assigned to work with a white officer. Not one. We all on foot patrol, by ourselves, keeping the coloureds in check… Hell they won’t even let me cuff white folks. ‘Cause a black man, even a goddamn black police officer, can never stand up to a while man. Never. Even a goddamn white criminal, a white fucking murderer gets to look down on me. You have any idea what that feels like?” Perry: “No.”
3. Perry [imitating EB]: “See a good lawyer, an actual lawyer never would have promised to get the client off, to find the killer. Shouldn’t prosecute from the defense table. You can’t prosecute from the defense table. And yet here we are, driving to God knows where for God knows whatever reason, when a real lawyer, and actual lawyer [in his regular voice] would have done what? Would have stuffed a towel under their door and turned on the fucking gas? How the fuck is that working out for you, EB? They got Brandy Alexanders and cigar girls in good lawyer purgatory? ‘Cause guess what? You should be here doing your fucking job, you fucking coward!” (Folie-lex) 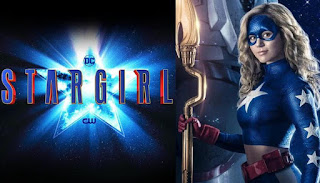 Stargirl – 1. Justin: “Upon his death bed, [King Arthur] told me ‘Heroes, can come from anywhere.'”
2. Pat: “He’s gone huh? [Courtney nods] Look, you need to yell at someone, you need to let it out, I can take it okay? Whatever you need, Court, I’m here. Alright?”
3. Pat: “[The staff] chose you because it believed in you. It’s just waiting for you to believe in yourself again, that’s all.” (Folie-lex) 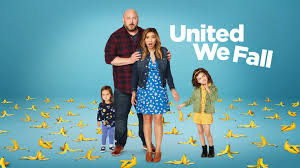 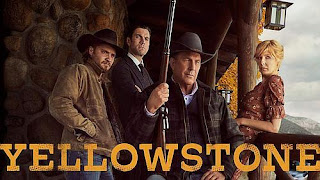 2. Willa: “You said this would be simple.” Roarke: “It should have been.” Willa: “‘Should’ is a useless word. Almost as useless as ‘hope.'”
3. Monica: “It’s just not right.” Kayce: “No, it’s not. There’s monsters everywhere in this world. You just gotta kill them when you find them.” Monica: “But you can’t find them. Hell, they don’t even have enough police to look for the victims, and here I am sitting in this swimming pool of a bathtub.” Kayce: “Well you can’t make it your fault, baby.” Monica: “I’m not making it my fault, I’m making it my problem.” Kayce: “You know we can’t stop the world from being bad, Monica.” Monica: “Doesn’t mean we shouldn’t try.” (Folie-lex)