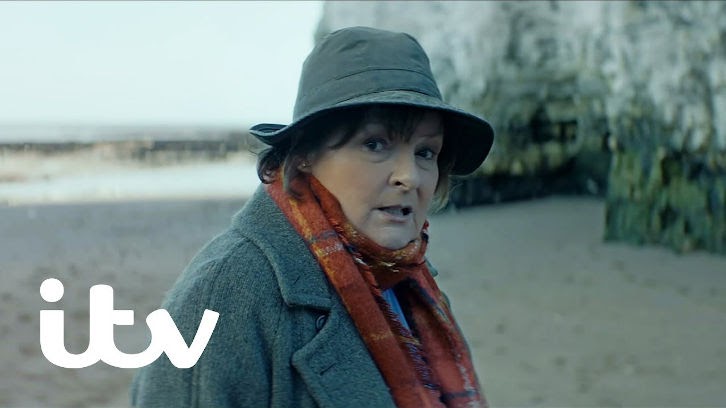 Following the huge success of series ten, ITV and Silverprint Pictures confirms Brenda Blethyn will return to the role of DCI Vera Stanhope for six emotionally compelling feature length episodes set against the backdrop of the North East.

The eleventh series opens when the body of well-respected local builder, Jim Tullman, is found beaten to death on the steps of the Collingwood Monument. DCI Vera Stanhope (Brenda Blethyn) questions how such a seemingly beloved and imposing figure could be attacked so viciously. The mystery deepens when she discovers that Tullman was due to testify in court as the key witness in a violent assault. Could these two crimes be connected?

As Vera delves deeper into Jim Tullman’s life she discovers unresolved bitterness between his estranged wife Barbara and doting son John Paul, while tensions with old family friends Gary and Lesley Clayton threaten to spill over. Vera must see through the web of family grievances, jealousies and lies to ensure justice is done.

Made by Silverprint Pictures, part of ITV Studios, for ITV, series eleven will be produced by Will Nicholson whilst Executive Producer Phil Hunter returns for his fifth consecutive series. Director Paul Gay and writer Paul Logue also return to the production and will be working on the first feature length episode.

“I’m really looking forward to working on the next series of Vera. The safety of all personnel is always at the forefront of production, and with all the extra COVID precautions in place we will relish creating and delivering six cracking new episodes.”

“In the wake of the pandemic I’m especially thrilled to announce the return of Vera. Like many productions we had to postpone filming back in March and simultaneously begin working on a plan as to how we could bring the series back. The brilliant thing about drama production is the creativity, innovation and drive that is present in all who work in it, both in front of and behind the camera. Vera is coming back stronger than ever with six new episodes, and whilst we will be following COVID protocols that will keep everyone safe; the work environment will be just as creative allowing everyone to deliver their best work.”

“Vera is one of ITV Drama’s most loved series so we’re delighted it’s returning to production. We can’t wait to welcome the brilliant Brenda Blethyn and the rest of the cast back on to our screens for what promises to be an exceptional series eleven.”

The six self-contained crime stories will be inspired by the best-selling novels and characters created by acclaimed crime writer Ann Cleeves, who received the Diamond Dagger Award at the Crime Writer’s Association in 2017 for a lifetime achievement for sustained excellence.

In the UK Vera performs consistently for ITV. Earlier this year series ten averaged 7.5 million viewers. Internationally Vera is one of the most successful imported drama titles in Belgium, Denmark, France, Netherlands and Norway, and has been sold to more than 150 territories worldwide.

At the 2019 Royal Television Society Awards: North East & The Border, Vera won the Judges Award for outstanding contribution to the region and Production Designer Patrick Bill won the award for Professional Excellence for Production Design.